ANZAC Day. A time to remember those that have fought to defend Australia and New Zealand. A time also to consider conflicts, both past and ongoing, the world over. Let’s make no mistake, ANZAC Day is a day of reflection, of mourning, of national pride. There’s a football match played on ANZAC Day, but it is important that this does not define the day itself. I see it more along the lines of how ‘two-up,’ a gambling game played by soldiers in World War 1, is played on the 25th of April. Both are pastimes the diggers used to employ.

To support this notion, I want to share some family photographs which have come to light in recent times. They feature Maurice Cronin jnr, my great grandfather (and Richmondite) during his world war 1 service, largely in France. There are photos of his battalion, of he and other soldiers waiting at various train stations and of he and his fellow countrymen in football gear.

I never met my great grandfather but have dim recollections of his wife, ‘little nana,’ as we called her. He survived the war, although dad says that he never spoke of it. The toll of war on youth must have been profound. Football, on the other hand, seems to have served as a form of distraction or release. Perhaps even fun. 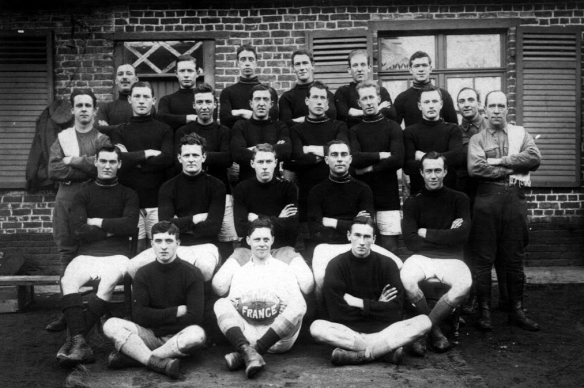 Here’s the ‘Army Team.’ Just who they played against I am not sure. The Airforce? Maurice is back row, 4th from the left, a wry grin upon his face. 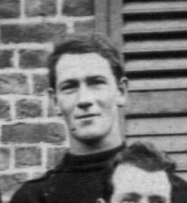 Interestingly, the rear of the photograph contains the rank and surname of each player. It seems as if each could have staked a claim to be in the leadership group. I have begun researching to see whether any football players of note are in this photograph, and any help would be appreciated.

Here is a second photo which again is simply labelled ‘Army Team.’ Where they were playing is not noted, however the appearance of a trophy indicates this group must have won some form of competition. My great grandfather is standing back row, 2nd from the right. There are no names attached to this photograph, but again, any help in recognising who may be who would be greatly appreciated. 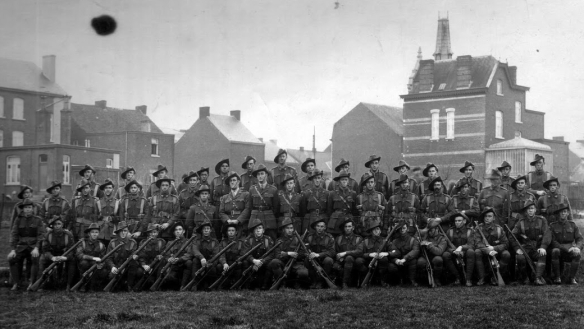 he battalion of which Maurice Cronin was a part. He is in the middle row, 9th from the right.

To me, a game of football on Anzac Day is a nice touch. We will also see history made as the first ever AFL match for points will be played outside of this country in New Zealand, with whom we marched to war. What they make of the game is anyones guess, but it’s a nice gesture all the same.

But the day is certainly not about football. It’s about remembering the young men and women who bravely headed to war, many never to return. It’s thinking about the people who were left at home, who lost loved ones, whether that be literally or emotionally. It’s thinking of those who are serving us now, whatever your stance on war be. I’m currently working in a school with a large percentage of students who have been displaced and affected by war. War is a global problem from which we are largely untouched. Long may we provide safety to those in need.

A brief history of Australian football in wartime