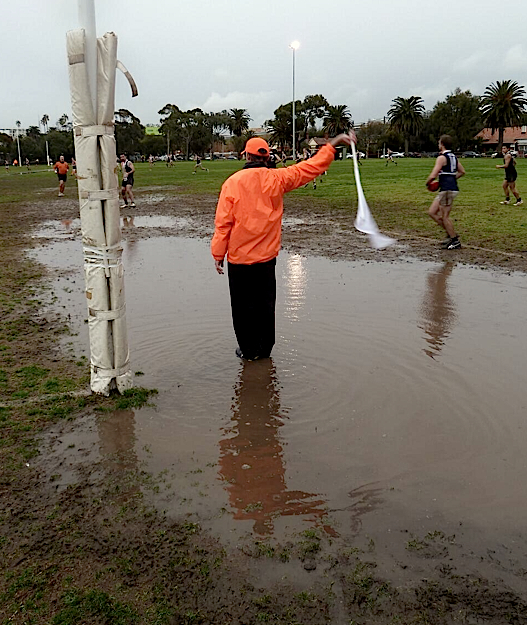 They say that a picture tells 1000 words, but to spin that notion on it’s head, I put the call out on twitter yesterday to capture the essence of this image in just 140 characters in the form of an ode, a verse, a rhyme or a little ditty. And I was not disappointed.

It is a snap during the third term of a match at St.Kilda City’s famous Peanut Farm Reserve, a venue I have myself graced more than once playing for the Western Storm in the mid-week Reclink competition. It’s fair to say that while there are worse surfaces getting about, it’s hardly a bowling green.

But on with the show, and here are some of the fantastic entries: 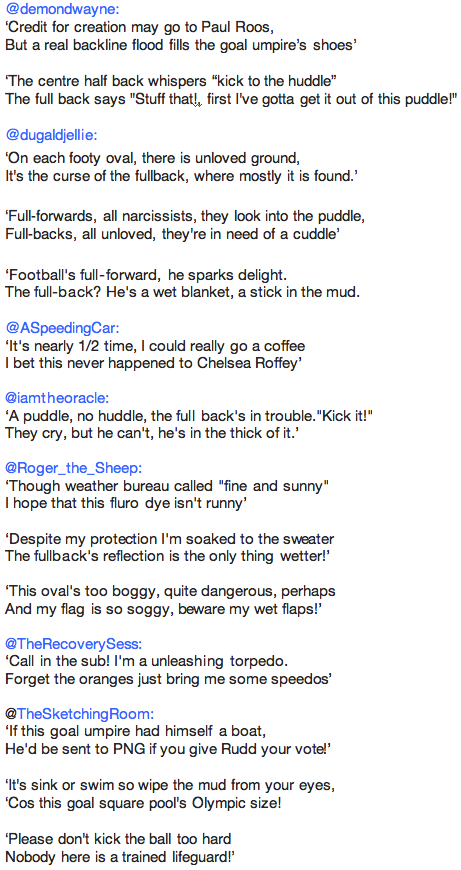 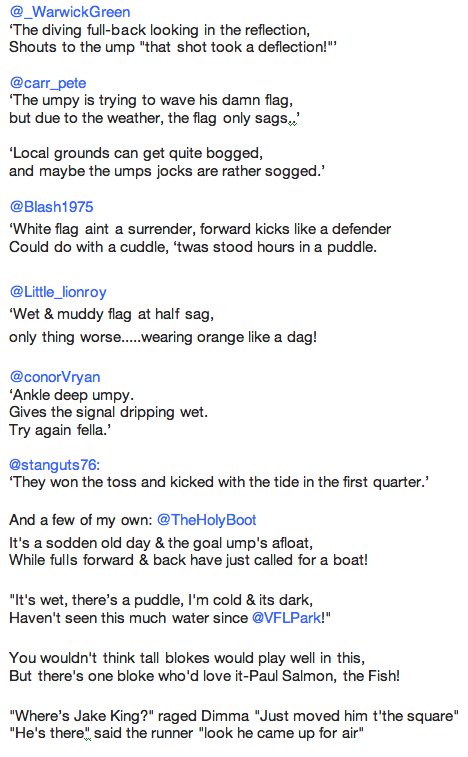 So there you have it. Creativity reigned supreme. If I had to pick a winner, I think I’d have to split it between @ASpeedingCar’s Chelsea Roffey ditty and @TheRecoverySess’s torpedoes to speedos madness…purely because I chuckled aloud to those two entries. But they all kept me very entertained. We even dabbled in politics, a first on this sight I believe!

If you feel inspired, please leave your own ditty/ode/poem in the comments section.